Titus Welliver returns as the old-school detective Harry Bosch on Amazon’s Freevee, though he never really went away. 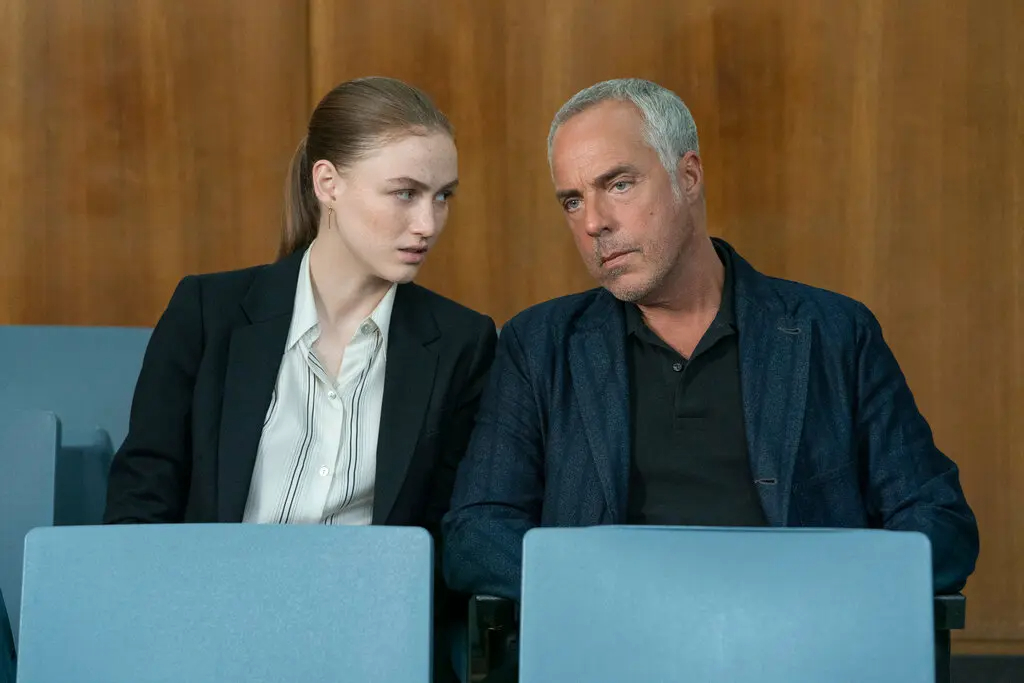 Bosch (Titus Welliver) is back on the case in “Bosch: Legacy,” and now his daughter (Madison Lintz) is a cop. Tyler Golden/Amazon Prime Video

A show called “Bosch: Legacy” starts this week, and it is labeled Season 1. Fans of the show’s grumpy namesake and his original series can rest easy, though. In everything but name, it’s an eighth season of “Bosch.” They knew better than to mess with Harry.

There are some twists in “Legacy,” which premieres with four of its 10 episodes Friday on Freevee, the Amazon free-with-commercials service formerly known as IMDb TV. Harry Bosch (Titus Welliver), the hard-boiled cop’s hard-boiled cop, is now a private detective, having left the Los Angeles Police Department in a huff as “Bosch” ended last year. And his highly determined daughter, Maddie (Madison Lintz), is now a cop, undergoing training and inspiring equal measures of pride and anxiety in her dad.

But it’s the same show, which wasn’t unexpected but still counts as a relief. It was developed by a “Bosch” writer, Tom Bernardo, and key personnel like the executive producers Eric Overmyer and Michael Connelly, author of the Bosch mystery novels, have stayed on. (Connelly wrote the season’s first episode with Overmyer and its last with Welliver.) The unhurried pace, the cleverly interlocking story lines and the general lack of pretense and contrivance remain in place. It is still, depending on your preferences, a doddering throwback or an oasis of old-school rationality and calm. (If you’re keeping score, we’re going with oasis.)

The most important holdover, of course, is Welliver, whose tightly controlled performance has made Bosch one of the most indelible television characters of the last decade. Crotchety, self-righteous and quick to anger, but also loyal, compassionate and soulful, he’s the whole hard-boiled package.

Leaving the force takes Bosch away from the squad room of colorful characters who populated the original series. But he still works his L.A.P.D. contacts, and some “Bosch” favorites have significant roles, including Gregory Scott Cummins and Troy Evans as the veteran detectives and comedy duo Crate and Barrel. Scott Klace also returns as the avuncular desk sergeant Mank, now keeping an eye on Maddie, and Jamie Hector does a flyby as Bosch’s old partner, Jerry Edgar.

At the center of the new show are Welliver, Lintz and Mimi Rogers, who’s back as the plaintiff’s lawyer Honey Chandler, Maddie’s mentor and Bosch’s sometime nemesis, sometime colleague. They’re joined by one prominent new regular, Stephen A. Chang, who is charming as Mo, a tech guy Bosch hires for bugging and surveillance jobs; he slides into Hector’s partner role and gets the plum job of making fun of Bosch for being a dinosaur.

Those four figure in the season’s web of plot lines, which can be even more elaborate now that Maddie has her own law-enforcement career. (That some of them carry over directly from “Bosch” further exposes the “new series” pretext.) The major ones include Bosch’s search for the possible heir of a dying billionaire played by William Devane; Chandler’s new troubles with the corrupt businessman who tried to have her killed in “Bosch”; her defense of a homeless man accused of killing a doctor; and two cases of Maddie’s, involving a serial rapist and a police shooting. Another beloved character, Bosch’s dramatic hillside house, is damaged in an earthquake, and its fate — if you’ll excuse the expression — hangs in the balance.

The story lines stop and start, often connect (in reasonably plausible ways) and are resolved at various points in the season, continuing a method pioneered in “Bosch” that offers some of the pleasures of the episodic crime drama with less of the reliance on formula and narrative shortcuts. There are only a few major missteps across the season’s 10 episodes, notably the introduction of an assassin who’s a little too Femme Nikita for comfort and some extraneous flashbacks to Bosch’s teenage years and his military service in Afghanistan.

Those scenes are meant to illuminate Bosch — to give us information about what drives him, in one instance, and what holds him back, in another — but they’re just distractions. We know all we need to know about him from eight seasons and counting (a ninth has already been ordered) of Welliver’s subtle, emotionally potent performance. Whatever the title, he’s the real thing.