A young Jewish woman, Faye, is struggling to survive during World War II in Poland, where the Nazis have taken control. But when her family is taken away by German soldiers, she joins the Soviet resistance, where she is immersed in the horrors of war.

When a soldier dies in her car, carrying a photograph, she remembers her recent past, where she pursued her passion for photography, which was also the family business. But her talent was hijacked by the Nazis that took away her family — and in order to keep them alive, she has do what she is ordered.

But when she uncovers visual evidence of what happened to her family — and others who share her Jewish faith — she realizes that she cannot work for the Nazis anymore and escapes. Though she would like to forget what happened, she realizes the power of what she has and the talent she possesses and uses it to document the story of her people and their struggle.

Written and directed by Caroline Friend, this powerful historical short drama is a richly compelling narrative is told with a sweeping sense of craft and storytelling. Based on the true story of Faye Schulman, who was the only photographer to document the Jews’ struggle in Eastern Europe during World War II, it transports viewers back into a chapter of history whose lessons remain sadly relevant, even today. 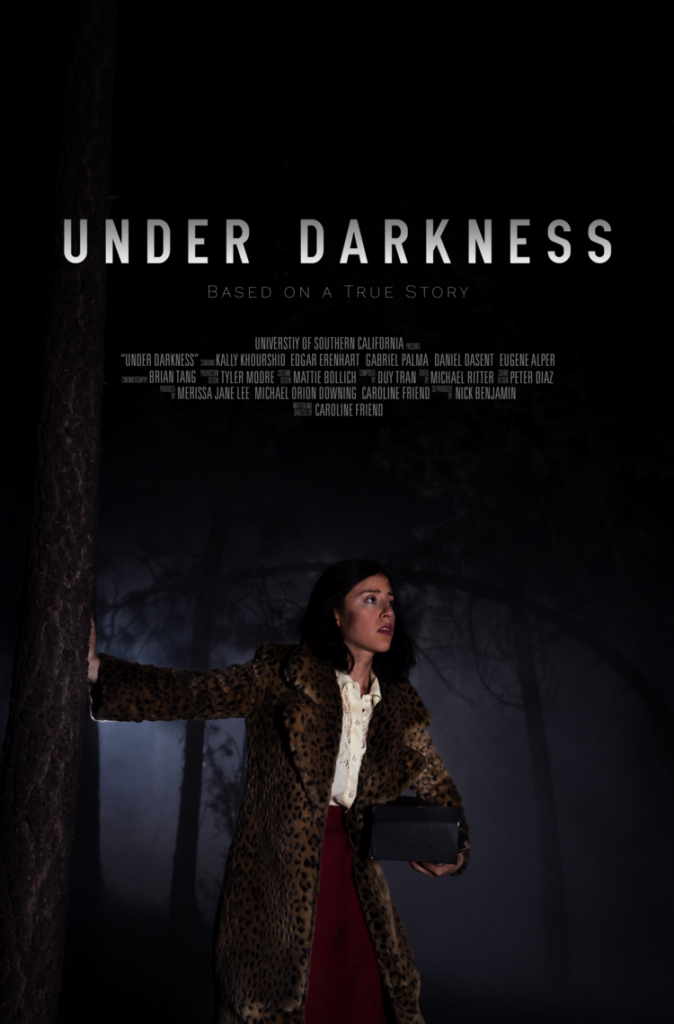 Rich with shadows and color, the film is undeniably handsome in look and feel, as fitting its artistic main character. But instead of looking nostalgic, its beauty never detracts away from the difficult subject matter, and its visual dynamism, particularly in the camera movement and editing, give it resolutely modern pacing and sense of constant discovery and suspense, driven by Faye’s discovery of the full extent of Nazi persecution.

The storytelling is more complex than typical for a short, spanning multiple time periods and locations, and in many ways, it feels as if a feature-length story has been folded into the short timeframe. But the throughlines and relationships are established with clarity, and the characters are brought to life by a series of fine performances, particularly by lead actor Kally Khourshid in the role of Faye, who must balance the poles of love, loyalty and devastation. Her photography was abused by the Nazis as a weapon in their wartime apparatus, and it also is a potently emotional and painful reminder of her family. But she also remembers just how powerful photographs can be, and re-embraces that part of herself in service of a bigger cause.

When finally revealed, the full scope of the story’s events has a powerful resonance, not just because it is grounded in historical reality, but in its themes of memory, documentation and keeping alive the lessons of past generations. We would like to think that the atrocities of the past will remain in the dustbins of history, but sadly the enmities that Hitler and the Nazis exploited to rise to power still exist today. Faye Schulman’s story and its powerful telling in “Under Darkness” reminds us not to forget the Holocaust. But it also reminds us that people found hope and meaning in the struggle and resistance against oppression, hate and evil — something that remains true for many today.

Based on a true story in World War II Poland, a young Jewish woman struggles to survive after her family is murdered. Refusing to give up, she joins the Soviet resistance, and realizes that through photography she can remember the past while documenting for the future.